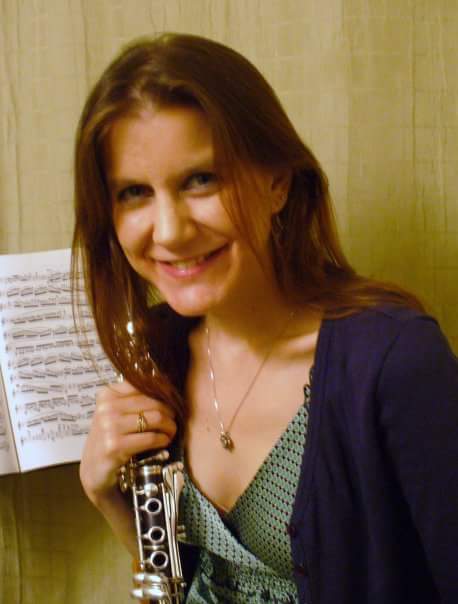 Chantal Hovendick is a uniquely skilled and versatile clarinetist who has performed throughout the U.S. and overseas, and is currently a member of the United States Coast Guard Band, a premiere band located in New London, Connecticut.

Ms. Hovendick received a Bachelor of Music degree from the Lamont School in Denver, Colorado and a Master’s degree in clarinet performance from Florida State University; her teachers included Bil Jackson, Frank Kowalsky, and Mark Nuccio. She has subsequently performed with numerous orchestras such as the Colorado Springs Symphony, Aspen Festival Orchestra, Tallahassee Symphony, Florida Orchestra, Sarasota Opera Orchestra, Hartford Festival Orchestra, Eastern Connecticut Symphony, Waterbury Symphony, Greater Bridgeport Symphony, and various private bands.  Ms. Hovendick has also appeared at numerous music festivals and achieved recognition as a soloist, including awards at worldwide competitions in Sweden and Belgium.  In addition to classical repertoire, she is also adept at other genres such as klezmer and polka.   Ms. Hovendick has been a member of the U.S. Coast Guard Band since 2001 and is the band’s E-flat clarinetist.

In addition to her performing duties, Ms. Hovendick has also served as a private instructor at the Thames Valley Music School and other venues over the past two decades.  She enjoys tutoring clarinetists with a variety of skill levels and interests, who have ranged from 8 to 78 years of age.  Ms. Hovendick’s students have excelled at Eastern Regional and All-State auditions, and have gone on to study at institutions such as NYU, Barnard College, University of Connecticut, Northeastern University, and Eastman School of Music.