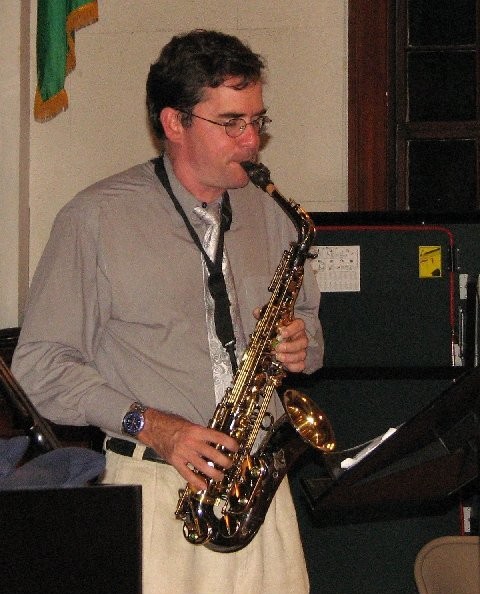 John Clark has been a visiting assistant professor at Connecticut College since 2004 working with the jazz band and teaching American Music, the History of Jazz and the History of Western Music, a first-year seminar dealing with jazz on film, as well as various music theory and Introduction to Music courses.

Born and raised in Natick, Mass., John Clark received his music degrees from Connecticut College (B.A., Class of 1990), the University of Maryland and Brandeis University.

An American music historian, he focuses on issues of jazz performance and is currently a CD reviewer for the International Association of Jazz Record Collectors Journal as well as having published articles in American Music, Musicians and Composers of The 20th Century and The Encyclopedia of African-American Music.

He has also given several papers at the New England chapter meetings of the American Musicological Society and currently serves as chairman of the Hall of Fame Committee for the New England Jazz Alliance, preparing the nominations and election process.

Clark has also been active as a musician in the Boston area – primarily with his own Wolverine Jazz Band and also as a substitute with various groups, including the New Black Eagle Jazz Band and the Paramount Jazz Band of Boston, with which he toured England and Wales in June, 1995. Clark also regularly appears with Henry Francis and the Swing Legacy, Dave Whitney and His Orchestra and Robin Verdier´s Monte Carlo Jazz Band. He has also played and recorded with Ross Tucker´s Hot Cat Jazz Band of Connecticut and with the Back Bay Ramblers, appearing at numerous jazz festivals in Canada and the U.S. with each as well as with his own group.