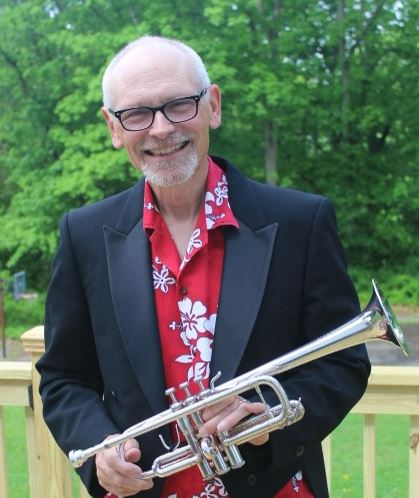 Mr. Kinsall free-lances in the jazz, commercial and classical genres on both trumpet and guitar. He is a member of the Tim Fioravanti Jazz Orchestra, was a member of the trumpet section on jazz trumpet sensation Roger Ingram’s inaugural live recording, “Live at the College Hideaway.” Other appearances include the Manchester Symphony Orchestra, Waterbury Symphony Orchestra, Classic Brass-Brass Band, and the Jim Stewart Big Band.

He studied trumpet with Jose Cordero and Carroll Potts of the United States Coast Guard Band, Jeff Curnow of Philadelphia Orchestra, Daniel Patrylak of the University of Connecticut and Louis Hanzlik of the University of Connecticut, Orpheus Chamber Orchestra and the American Brass Quintet. Mr. Kinsall has performed with the Boston Pops Orchestra under the direction of John Williams, Philadelphia Pops Orchestra under the direction of Peter Nero, and has performed for dignitaries such as President H.W. Bush and French President François Mitterand.